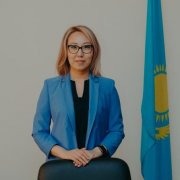 Member of the Board of Directors

Official site of the President of the Republic of Kazakhstan www.akorda.kz/en

Ministry of Energy of the Republic of Kazakhstan en.energo.gov.kz

Committee on Regulation of Natural Monopolies and Protection of Competition www.kremzk.gov.kz/eng

Committee of atomic and energy supervision and control en.kaenk.energo.gov.kz